Home Lifestyle 10 Strange Addictions You Need To Know About

When a person is addicted to some vile or socially exceptionable behavior it becomes singled out in society. This is because the reflection of the emotional playing tends to release some wrong signals to society.

This makes the person feel guilty or remorse sometimes, yet it could not really act to stop this chronic disorder.  This is called addiction and if you want to extract deeper insights into addiction, you could seek that in the holistic treatment facility.

The following  Article will discuss 10 such weird behaviors that one needs to know about and assess if the individual is grappling with addiction from this very list.

According to the definition by the American Psychological Association, Addiction is a chronic disorder of the mind and it is developed and maintained by biological, social, and environmental factors.

Sometimes it is genetic, that is the individual, unknowingly ingrains some strange behavioral Trait from the posterior generation.

This might be a consequence of some genetic imbibing. Addiction could also be the end result of some heightened desires, developed in the mind of the individual and that gets manifested through different strange, rather weird behavior.

The American Society of Addiction Medicine has put forth a rather optimistic viewpoint while defining  Addiction. It has referred to addiction as some “treatable, chronic medical disease.”

Strange Addictions You Need To Know About

Any addiction can impact your mental health but there are some addictions that you will find weird more than sick.

We are here to talk about them:

Body piercing is a weird and strange kind of addiction that one grapples with. When the individual pierces some point or part of the body, it releases Endorphins. The feeling would be like a pen getting inside your skin.

The person is reported to seek pleasure through that pain. Whenever we experience pain we detest it completely. But in case of this pain, they release a feel-good hormone.

One finds happiness by residing in the abode of pain.

Some people are observed piercing the body as a form of Self Therapy and that allows them to release stress.

-Do you love your Car as your darling- Fine Enough.

-Do you spend your idle and valuable time seeking valuable information on new Automotive Technology ??

People would accolade you with “ Smart”, “Techy”, and related adjectives. It’s nice you know!!

But could you have sex with it ?- It seems pretty unthinkable isn’t it??  It feels creepy if you even get to hear such out-of-the-box GROTESQUE feeling and thinking !!!

Yes! There are people who embody human presence and seek characteristic attributes in some non living entity they are obsessed or mad with.

Do you believe that you need to eat healthy to lead a longer life? We think you are on the right track dude!

Do you think that you will only eat healthy food and stay away from all unhealthy ones strictly and rigidly? You skip restaurants and pubs….friends and fellow human beings.

Take my words…there is something wrong with you completely. You might suffer malnourishment and end up being utterly stressed!

Another name for hoarding disorder is disposophobia. As viewed by the American Psychiatric Association, the individual will grow a tendency to keep things out of fear of losing it.

They are those things that general people think are worthless. For example, some broken cycle, a non-functional mobile phone, or even your tattered jeans.

Slowly you transform your sweet and beautiful home into a JunkYard!!

Another name for it is Bibliomania. Here people are not really interested in reading books but they are never ready to apart from them.

They do not at all have a reading habit, yet they might have been possessed by some thoughts— like  NICE  front Cover…I am Intellectual (a feeling)… Book looks nice and thick… Oh, the Smell of the pages !!

The person buys books every month with the thought of reading them but finds the book hard to comprehend and finally keeps them aside in a self wherefrom it could see them all the time.

You think you could eat junk food all day right??

Even though we think the same as you, we don’t really practice it. It is really hard to imagine that a person eats, chews, and gobbles a piece of Glass.

This is self-harming and rather illogical, to say the least.

A case evolved out in the year 2008 in an Indian Journal where a doctor traced a heap of glass in the body of a patient being operated on. This falls under the category of Hyalophagia, a strange kind of eating disorder.

This is just the opposite of people reacting to love and adoration.

Under this condition,  the individual will seek pleasure from being rejected all the time. It wants to harbor negative thoughts in its mind and loves being negative all the time.

This is not really a  strange one as we frequently get these kinds of cases. Here a person gets to emotionally attach to his gyming kit.

It keeps them busy in gyming all the time. The persona easily sidelines all pain and fatigue easily. More than a million Americans are affected by this mania.

This sometimes leads to serious consequences…you might catch a Cardiac Arrest !! So never over-exercise buddy.

This also falls under the category of Addiction. Though common it could be it has successfully affected lifestyle and gobbled up the careers of millions of youth.

And the last in our list….and my top one… is

You could collect the ashes of your deceased parents…in conformity with Hindu Traditions.

It was heard that a woman who loved her husband wanted not to part herself with the dead body. The woman veritably eats away her husband’s dead body.

This is creepy, fearful, and painful indeed!

Apart from these, there are many many more like Smelling Baby Doll’s Head, Drinking Nail polish that are equally weird as all of the addictions mentioned above.

There are millions of people and millions of kinds of people on earth. That’s why erudites, through times and climes have encoded life’s behavior and actions…that which are normal and which ones are abnormal.

Addiction definitely comes under the latter segment. In all the aforementioned cases and situations one needs to consult psychologists to get a proper treatment that could clinically bring the person out of addiction. 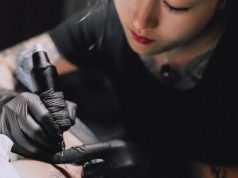 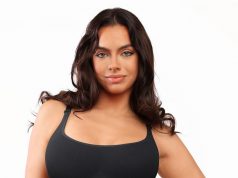 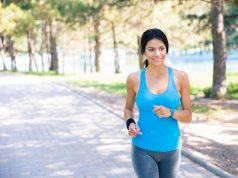 What To Expect Before and After Your Breast Lift Procedure

The must-haves: 5 essential Australian medical supplies for homes in 2023