With so much change in the world today, many people are looking for new ways to feel healthier and reduce consumption. Sustainable and minimalist lifestyles are gaining traction among younger generations.

Minimalism is a philosophical and artistic movement that is characterized by reducing the unnecessary so we can focus on things that are more meaningful.

A minimalist lifestyle refers to a way of approaching life in a manner that focuses only on the essentials. Minimalism seeks to reduce stress and anxiety by rejecting consumerism and focusing more on pursuits that are healthy and meaningful.

Minimalist lifestyles have increased in popularity over the past few decades. Minimalism is still a growing belief system and only about 17% of Americans say they practice minimalism regularly.

Sustainability is the belief that because resources are finite, human beings have a responsibility to use them conservatively and keep an eye on the long-term consequences of overconsumption.

Although many people believe that sustainability is all about energy consumption, it is actually a movement that seeks to find a balance between environmental health, social equity, and economic vitality to promote healthier living and a safer planet for future generations.

Sustainable lifestyles have gained a lot of momentum over the last few years as the effects of climate change become more apparent. A survey conducted by Southern Cross University in 2019 showed that 77% of individuals want to live a more sustainable lifestyle.

Minimalism and sustainability focus on the rejection of overconsumption and seek to find a more natural balance in life through thoughtful action and conservative use of resources. Here are several key factors that make them distinct from one another.

What is deemed “essential” for one person may not be necessary for another. The minimalist lifestyle may be an avoidance of luxury items for one person, while for someone else, it could mean living in a cabin in the woods.

There is no doubt that certain habits are always good for the planet, such as recycling and composting, and these are practiced by the majority of those living a sustainable lifestyle.

Sustainability is centered on a lifestyle that is conscious of the individual impact on the environment. There are a variety of different ways you can live an eco-friendly lifestyle, but they all work toward a common goal.

One person may decide to start a community garden to live more sustainably. Someone else may make the switch from cotton to bamboo sheets because they use less water to produce.

Minimalism is rooted in finding internal peace and balance, regardless of what is going on in the outside world. They are not mutually exclusive and someone practicing a minimalist lifestyle may also practice a sustainable lifestyle. The focus of sustainability has more to do with the preservation of the planet than personal enlightenment.

Minimalism was an art movement that developed after WWII. Artistic minimalism aimed to  focus on the essentials within a wide variety of disciplines including architecture, painting, visual art, sculpture, fashion, interior design, and more. Minimalism can refer to an aesthetic or fashion statement as much as it can refer to certain lifestyle choices.

As a practice, minimalism is more subjective and open to interpretation. However one chooses to interpret minimalism, their actions or aesthetic choices must be rooted in the philosophical belief that beauty and balance are rooted in simplicity.

While both are important to explore, climate change tends to be more of an immediate threat to many. A survey conducted by Pew Research Center in 2020 found that 6 in 10 Americans are concerned about the climate. Only 23% said they were interested in living a minimalist lifestyle.

Sustainability is rooted in preserving the future, while minimalism of rooted in the “here and now”. Sustainability is about making the investment today so that future generations will reap the benefits, whether it is erecting sustainable buildings or decreasing our reliance on fossil fuels.

While minimalism does not reject the future, it is not as rooted in making investments as it is in reducing the unnecessary noise of today. Minimalists can still make plans and take actionable steps toward their goals. Their philosophy is about finding present balance in themselves, not waiting for a brighter tomorrow.

Although they have their differences, minimalism and sustainability go hand in hand. Anyone seeking to live a healthier, simpler lifestyle should research both of them. 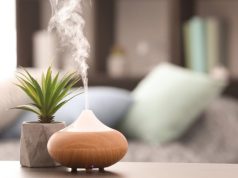 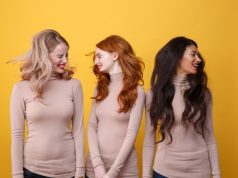 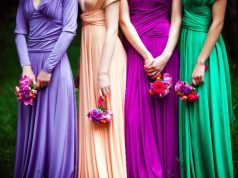 5 Things to Consider Before Getting a Nose Job

What Are the Different Types of Soaps That Exist Today?

5 Ways to Keep Warm in Style at Events

The Benefits of Having a PTSD Service Dog

How Much Is a Facelift? 5 Things to Know