Home Sex and Love Non-Monogamy Is More Common Than You Would Think: 4 Facts

Based on various studies, it is safe to say that non-monogamy is on the rise. Around 4% to 5% of Americans have admitted that they have participated in non-monogamous relationships or are still engaging in them. 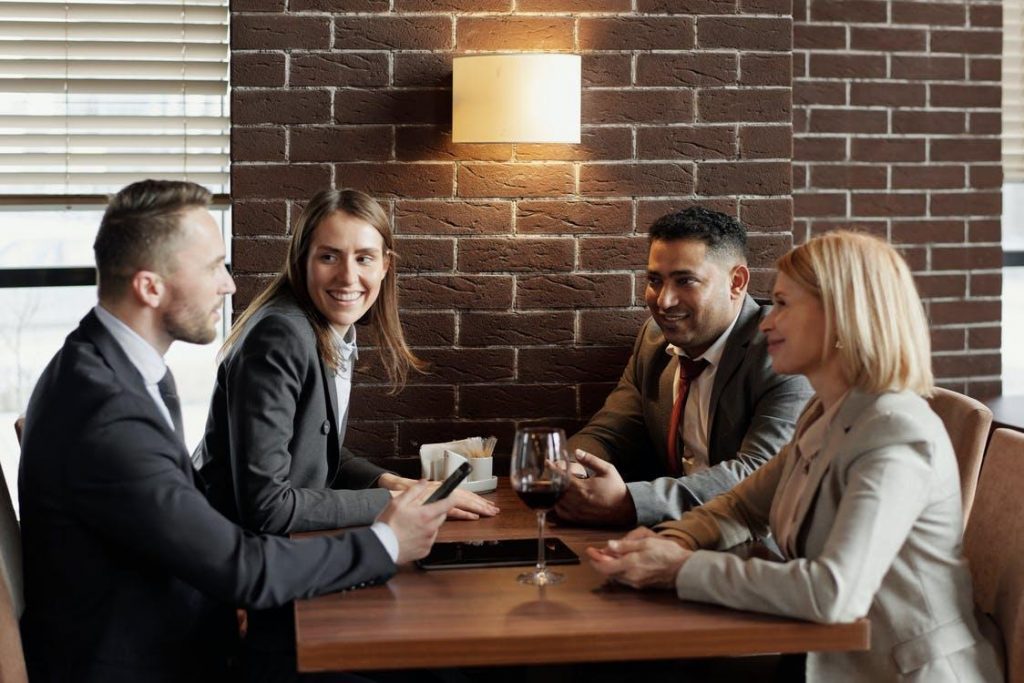 According to various reports, it seems as if non-monogamy may be on the rise. More Americans are open to non-monogamy or are already involved with multiple romantic partners at the same time. How is this any different from committing adultery? Well, to begin with, all the parties involved participate willingly. Based on numerous researches, around 4% to 5% of people have participated or are participating in ethical or consensual non-monogamy. And that’s just in the U.S.!

If we combine the number of relationships and dynamics that follow such practices worldwide, we will have a much bigger number. The best hookup sites 2021 offer people just that. Now, the discussion of whether or not it is morally correct has been going on for ages. Moreover, it has a different effect on everyone involved in such a relationship. However, before we dig in any deeper, you might be wondering what is non monogamy? Keep on reading to find out.

What Does Non-Monogamy Mean? 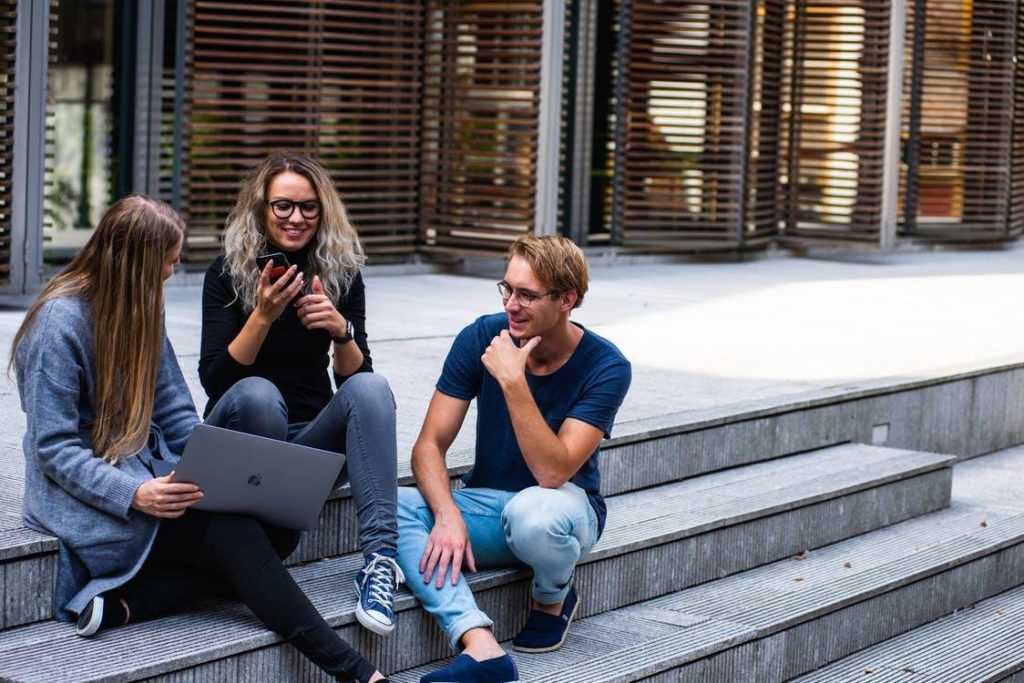 It’s hard to define non-monogamy in academic terms. To put it simply, a non monogamy relationship is a practice that requires partners to be involved in more than one romantic relationship with each other’s consent and knowledge. To draw a comparison, the number of Americans who are open to non monogamy marriage or relationship is about the same as the number of Americans who identify as a part of the LGBTQ community, which accounts for 4.5% of the U.S. population.

According to Helen Fisher, a leading biological anthropologist based in New York, people are actually more transparent in open relationships. Furthermore, a 2016 study in the Journal of Sex and Marital Therapy reported that about 20% of single adults in America have participated in consensual non-monogamy at some point in their life. Suppose you think that it is only liberal and young people living in cities who are partaking, think again. People from all walks of life engage in non-monogamous relationships.

According to the same study, race, region, income, age, religion, education, and political affiliation had no impact on whether or not someone would engage in such relationships. Of course, it doesn’t work for everyone. And, it is definitely not a solution for a failing monogamous relationship. However, some experimental evidence shows that some specific personality types are more attracted to it. 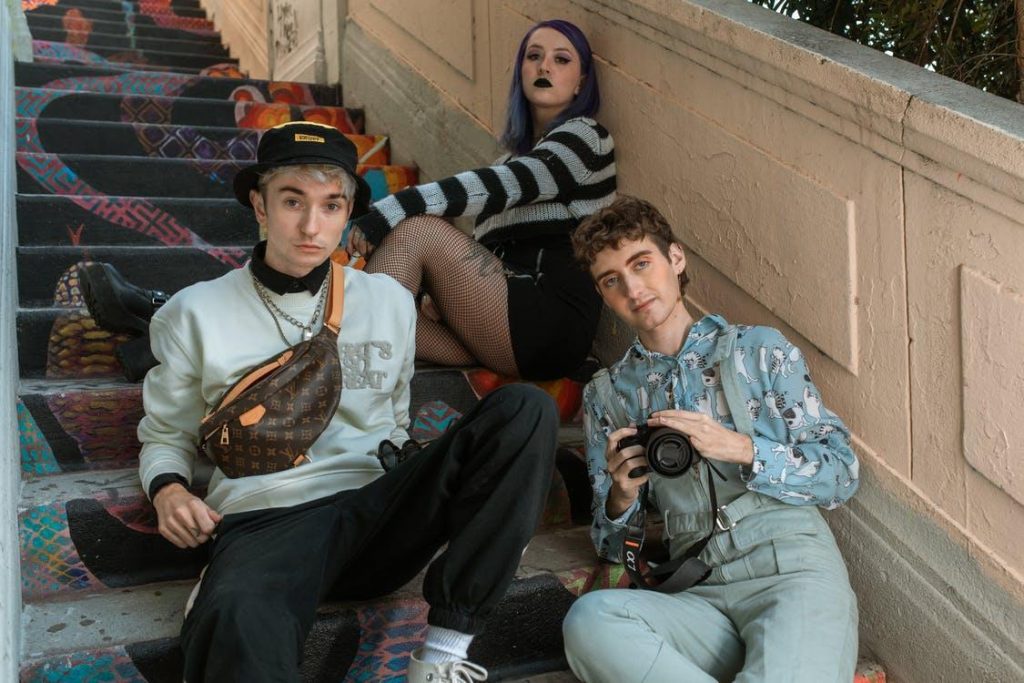 Now, there are a lot of people who think that non-monogamy and polyamory mean the same thing, which is inaccurate. First of all, there are various types of non monogamy, which consist of cheating, open relationships, and swinging. Polyamory happens to be just one aspect of it.

To draw a comparison, non-monogamy is an umbrella term that consists of various types of relationships. The main component that unites them all is the inclusion and participation of more than two partners. All these relationships vary by openness, the importance of structure/rules, emotional connection, and degrees of honesty.

On the other hand, Polyamory is a form of ethical non-monogamy, where people can openly engage in multiple physical and romantic relationships at the same time. Usually, in polyamory, people fall in love with multiple individuals and cannot see their lives without their partners. People in such relationships must also keep their partners in the loop if they are seeing other people. In case your partner says that you cannot get physical with other people outside your relationship, you will have to adhere to that rule.

Now, this should give you a clear definition of what a non-monogamous relationship is. However, we’re not done yet. In order to fully understand the idea behind such practices, you must go through the following facts. 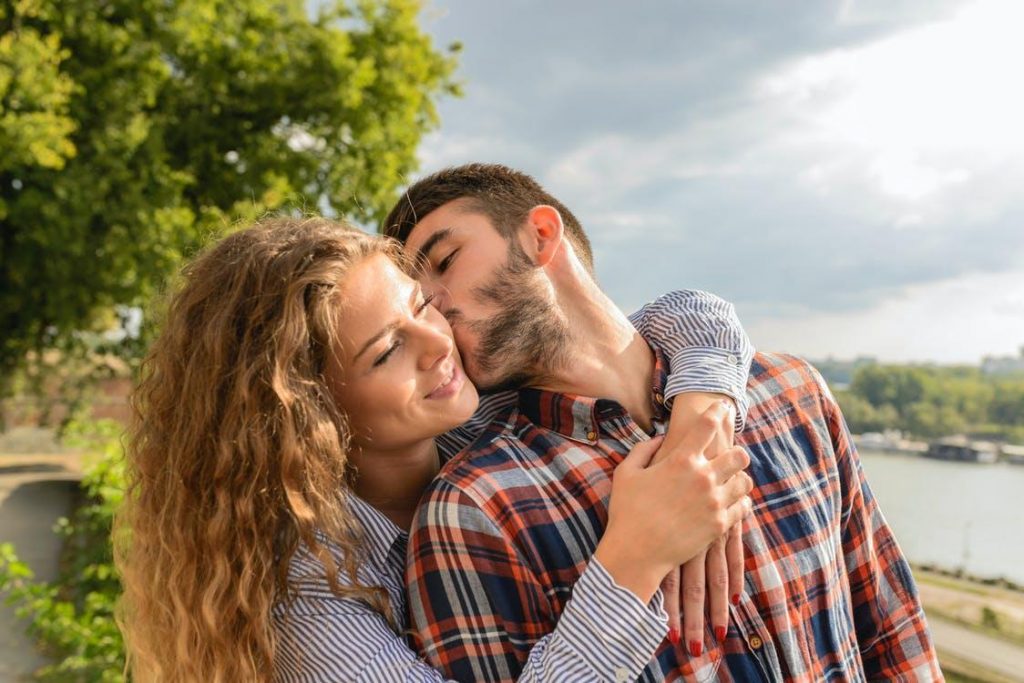 A non-monogamous relationship won’t alleviate any typical relationship issues, but it can help you expand your support networks, create openings for personal growth, leave you with lesser societal restrictions. This will only help you explore more romantic opportunities. Such relationships require more specificity with regards to delineating relationship expectations and boundaries. This can lead to more communication, which helps decrease tension and increase intimacy.

A common belief regarding such relationships is that individuals who partake in non-monogamy are unsatisfied by monogamous relationships. However, Dr. Jessica Wood, a well-renowned research associate at the University of Guelph and York University, has not found any support for these claims based on her research. Wood even analyzed 142 non-monogamous couples and 206 monogamous couples in one of her studies, published in the Journal of Social and Personal Relationships.

2. How To Overcome Non-Monogamy Struggles 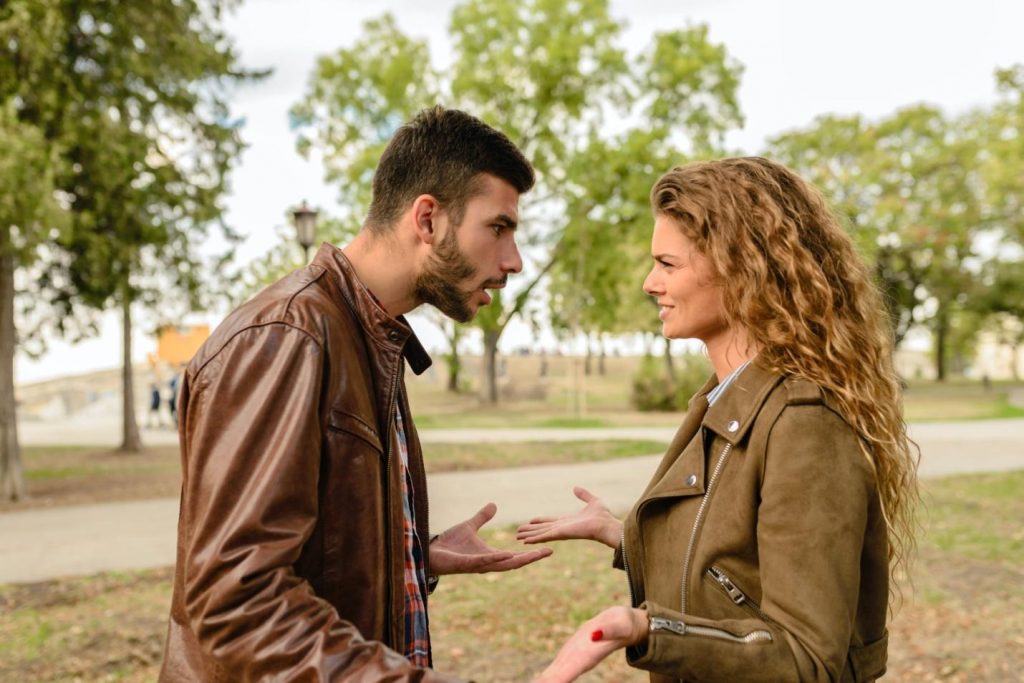 Jealousy can also mean that you really value your partner and hence, are afraid of losing them. But, you must learn to express it in a healthy manner instead of being destructive. Jealousy is also a sign that a relationship requires more attention. There may be underlying issues present, regardless of whether the relationship is monogamous or not.

Reassurance is vital in such relationships. If you or your partner aren’t okay with something, then it is imperative to make each other feel safe enough by communicating. People need to be kind and considerate while having such conversations. Without reassurance and communication, jealousy can completely take over a person’s psyche. By admitting such feelings, you can help your partner deal with those emotions and vice versa.

3. All The Important Ground Rules 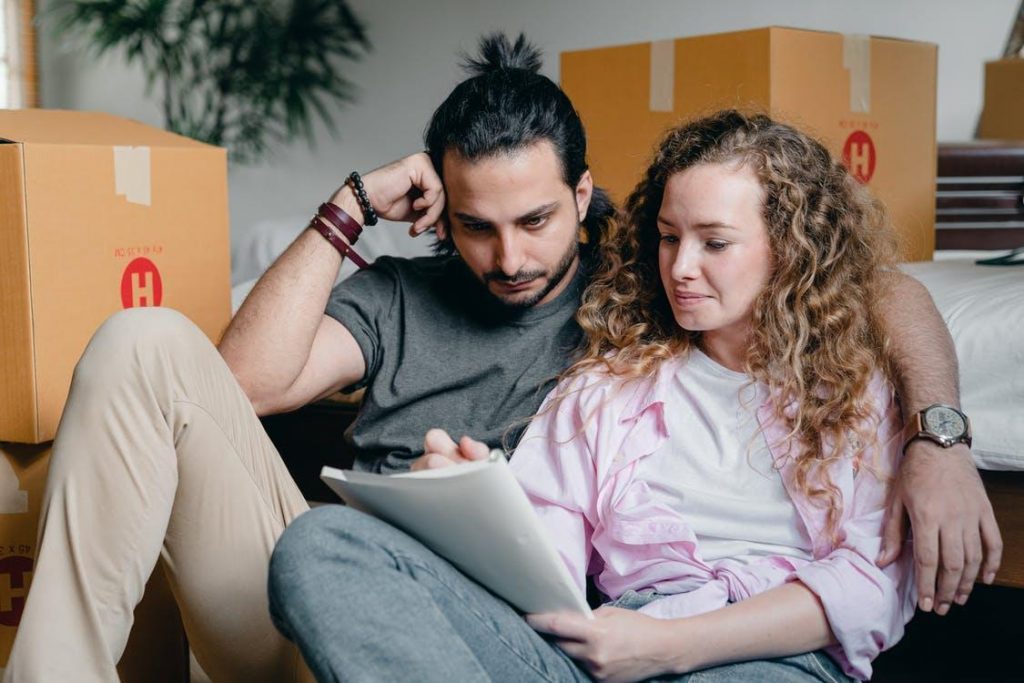 Besides healthy communication, some rules need to be established so that all the parties involved are happy. Once you say, “I’m open to non monogamy,” there are many responsibilities that come with it. Rules are the backbone of such relationships.

If you and your partner have multiple partners, you must ensure your and all your partners’ personal safety. Regular check-ins with your partner are a must. People in such relationships must be open and honest with everybody involved. Also, going for regular medical check-ups is a must. You don’t want to contract or spread any diseases. It’s better to be safe than sorry.

Ground rules are the same as consent. They should be set up clearly. Otherwise, it is the same as cheating on someone as you’re keeping your partner in the dark. The whole idea of consensual non-monogamy revolves around being honest and respectful with your partners. 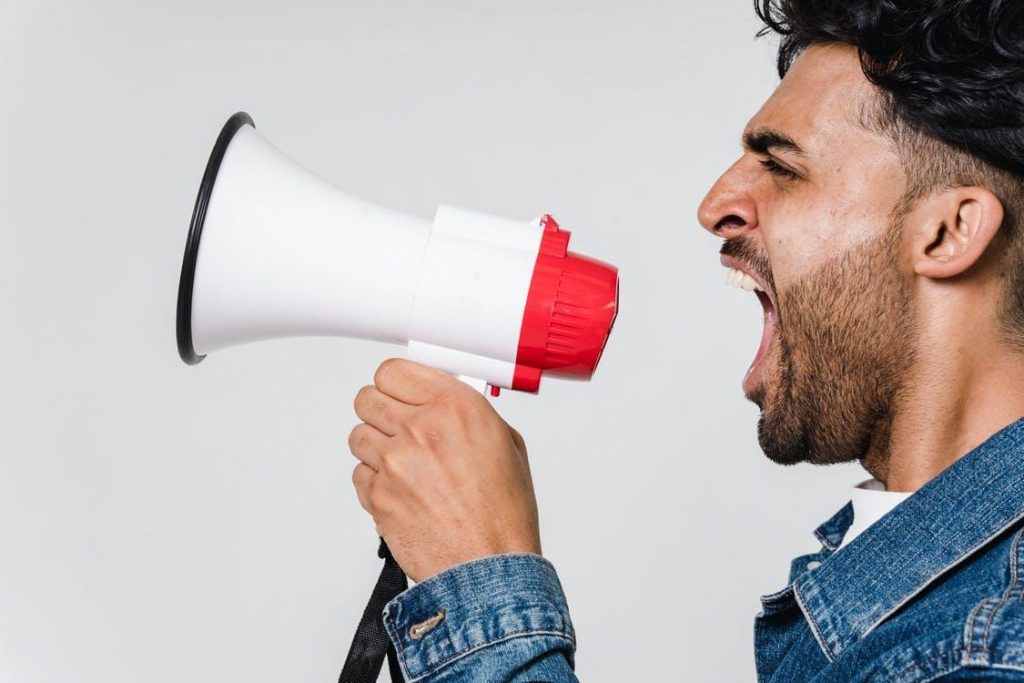 Even though non-monogamy is gradually becoming more accepted amongst the general public, much of society is still stigmatized. According to a 2016 Pew poll of nine countries, 84% of Americans disapproved of non-monogamous relationships. Many people dismiss such people by labeling the participants as frivolous, promiscuous, and incapable of commitment.

In some cases, even therapists discriminate against non-monogamous couples. More awareness needs to be spread about such practices. People need to understand that as long as it is legal and consensual, such relationships are none of their business. By normalizing non monogamy, we will move towards a more accepting society.

We still have a long way to go when it comes to acceptance. If someone is open to non monogamy, meaning that they have multiple partners and it is not bothering them, it should not bother you. We hope that this article helps you understand non-monogamous relationships and inspires you to love who you want. If you have any questions regarding this article, feel free to leave your comments below.

The author of this article, Ellen Orton, has been interested in psychological relationships for a long time, often attends seminars and training, and practices the acquired knowledge in classes with problem couples. In her free time, she spends time with her family, enjoys modern painting, photographs of people and nature, and also enjoys making various desserts and pastries. 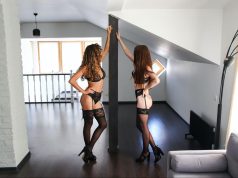 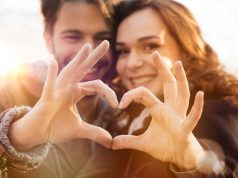 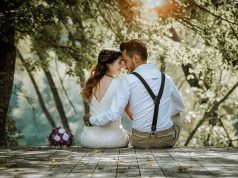 The Future of Battery Technology for IoT Sensor devices

The Benefits of Having a PTSD Service Dog

The Most Effective Pain Treatments

How Long is the Nose Job Recovery Time?