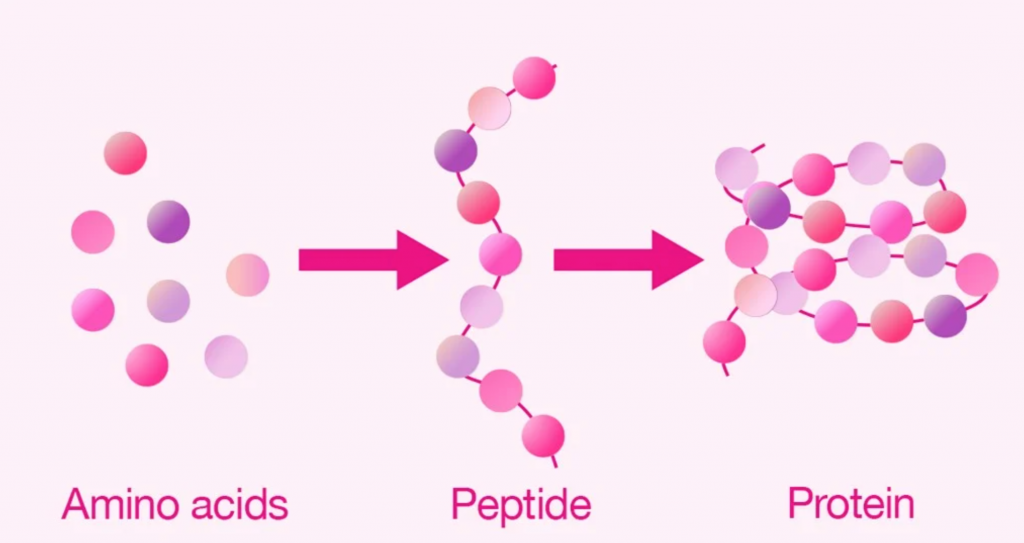 Peptides, in addition to retinoids, antioxidants, and hydroxy acids like glycolic acid, have been shown to be effective in avoiding premature skin ageing and in treating its symptoms.

Peptides, which are the fundamental structural units of proteins, have emerged as an important component in anti-aging skincare products. Peptides are chains of amino acids that are kept together by bonds of nitrogen and carbon. Peptides may be broken down into their component amino acids.

Peptides cause a variety of diverse biological effects by connecting to “receptors,” which are located on the surface of every skin cell. These receptors send signals to the cells, telling them to carry out certain duties.

Peptides can serve a variety of purposes in skincare, including the following:

Collagen is not completely restored when it has been reduced due to the effects of ageing and environmental factors, particularly sunshine. As a direct consequence of this, plump, youthful skin gradually loses its elasticity and develops wrinkles as time passes. As collagen deteriorates, it creates particular peptides. Your skin receives the “message” from these peptides that it has lost collagen and thus needs to produce more of it. When peptides designed for skincare are given topically, the skin “thinks” that its existing collagen is being broken down and that the body has to produce new collagen in order to repair the damage. Consequently, the use of peptides in skin care products that stimulate the synthesis of collagen enables you to successfully reduce the appearance of wrinkles and impart a more youthful aspect to your skin. As a result, it is essential to make use of a reliable peptide wrinkle cream.

Peptides often take anywhere from four to twelve weeks for their effects to become noticeable after administration. The fact that you won’t notice any improvements before that period of time might be disappointing, but consistent use will produce outcomes. It is essential to maintain a consistent application routine of peptide products once you have seen improvements in the appearance of your skin. When you stop utilising the goods, the benefits they provided will gradually disappear over time.

Peptides come in a wide variety of forms, each of which can modulate the way in which the skin’s cells work in their respective environments. Every one of these gives the skin specific directives for how it should behave. Some people may instruct it to “relax,” and the consequence may be a reduction in wrinkles. Other people may promote the synthesis of collagen, which will firm up the skin from the inside.

Peptides That Are Typically Employed

Matrixial is the peptide that is utilised in skincare the most frequently (Palmitoyl Pentapeptide). This is a neuropeptide that helps minimise the appearance of fine wrinkles. It accomplishes this by acting as a stimulant on the deeper matrix layers of the skin, which then leads to an increase in the creation and synthesis of hyaluronic acid and collagen. (It does this by giving the skin a signal to produce more collagen.) In addition, this action helps wounds heal more quickly on the skin.

As a less risky, less costly, and non-invasive alternative to Botox, acetyl hexapeptide, also known as argireline, has been promoted to consumers. This wrinkle-reducing peptide works by forcing the facial muscles to relax, which in turn helps to reduce the appearance of wrinkles. It is frequently used with leuphasyl, a muscle relaxant that is used just beneath the surface of the skin. This is especially beneficial for reducing the appearance of wrinkles on the forehead and in the area around the eyes. The Argireline building block has been extended into an octapeptide. Octapeptide lessens the appearance of fine lines and wrinkles by lengthening the tiny muscles that lie just beneath the surface of the skin and lowering the tension that exists in those muscles.

Copper peptide is also known as copper gluconate, and the copper itself is the primary focus of this compound rather than the peptide. Copper is transported to the deeper layers of the skin’s cells by being bonded to a peptide first, so that the skin can absorb the copper. Copper is an antioxidant that also speeds up the creation of collagen and helps to speed up its production.

We ask that you have a look at our Peptide skincare products, which are available in a variety of formulations, including makeup removers, treatment products, skincare, eye/lip creams, and body products.

Our Most Popular Brands That Are Based on Peptides:

As one may expect from the company name, Hydropeptide incorporates a significant number of peptides into their various products.

The study of epigenetics focuses on the ways in which environmental variables can alter gene activity. The sophisticated formulations offered by HydroPeptide all make use of potent epigenetic signalling peptides, which urge the skin to behave in a way that is both healthy and young.

Since 2004, HydroPeptide has been at the forefront of epigenetic research and peptide technology, revolutionising the beauty industry. Increases in moisture, a visible reduction in fine lines and wrinkles, and an enhancement of the skin’s natural brightness are the results of their products’ action at the cellular level. Their award-winning products and professional treatments offer customizable, results-driven regimens for all skin types, wrapped up in a luxurious experience, thanks to the abundance of peptides, antioxidants, botanical stem cells, growth factors, and hyaluronic acid contained in each of these ingredients.

Products of Hydropetide that are Extremely Popular:

A therapy serum that stimulates the production of collagen and makes your skin look and feel amazing. Contains a combination of six distinct peptides that work together to combat the outward indications of ageing. Genetic growth factors enhance cell renewal, which in turn increases skin firmness and elasticity, while vitamin A works to reduce the appearance of wrinkles and fine lines.

An anti-aging eye cream that is rich in peptides. This four-dimensional eye cream fights all the obvious indications of ageing by harnessing the power of peptides, pearls, and antioxidants.

A luxurious face cream that smooths the look of wrinkles and fine lines while hydrating the skin. The look of fine lines and wrinkles is improved by a combination that consists of four peptides and 21 hydrators derived from plants.

The Medik8 Peptides Family Would Like You To Meet:

A remedy to hyperpigmentation that is based on targeted peptides. The click-activated product was painstakingly developed with the purpose of reducing the appearance of age spots, uneven skin tone, hyperpigmentation, and post-inflammatory markings.

It is created to skilfully refresh skin for superior free radical protection utilising unique technology that uses copper PCA as an antioxidant. This technology was developed by employing copper PCA. https://america.direct-sarms.com/product-category/ligandrol-lgd4033/

This multi-action, anti-aging eye serum helps to significantly lift and shape the appearance of the eye contours. It does this by containing a mix of five collagen-boosting peptides 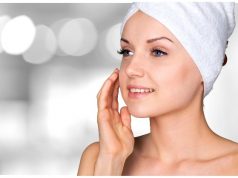 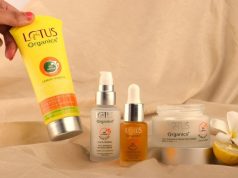 Everything You Need to Know about Natural Skin Care Products 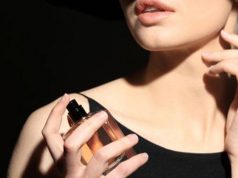 What Are the Best Vegetables to Eat for a Diet?

How to Choose the Best Sun Damage Treatment for You

The Benefits of Wearing Vintage Clothes

Everything We Know About Sex Education Season 2

The must-haves: 5 essential Australian medical supplies for homes in 2023