When Was the Battery Invented?

Although batteries development can be traced back to 1600 when William Gilbert established electrochemistry study, it wasn’t until 1800 when Italian born Alessandro Volta invented the voltaic cell. Later in 1802 William Cruickshank created the first electric battery that was easy to mass produce.

Since then, we have seen battery technology advance to great heights from Nickel based, to lithium and now nanotechnology. All this has been influenced by demand of low power wearable technology for tracking pets and increased use of portable electronic devices like smart phones.

Since the world needs more power that is clean and renewable, in the past decade we have seen new generation lithium-ion, lithium-sulfur and solid state batteries. These are considered the future of batteries & chargers technology. This technology are allowing for newer batteries to run for longer and also increase output for devices that require high-current load.

Watt is power that is metered like your electricity; Volt-amps is the apparent power  that is affected by a load that is reactive and these two have similar readings on a purely resistive load.

By the end of 2019, the market for batteries was forecasted to be around $120 billion US currency, this is expected to grow exponentially this decade.

Batteries are normally classified by their chemistry and from the trends we can still see that Li-ion batteries are clearly been produced more as they are the battery of choice for electronic components manufacturers with a market share of 40%. Lead acid batteries production is at 20% as they are still useful for bulk usage and are often economical and robust for their intended functions.

The global warming campaigns are having a great influence in battery technology as governments are staring to pass laws and pushing incentives to decrease the use of fossil fuels which in turn is fuelling transportation choices.

For example, in the UK we are seeing the increased use of pedal bicyles and those doing longer commutes are going for electric powered bikes which are also becoming a trendy choice for the young professionals. Talking to Carol the MD of made for babies, who commutes across London post covid lockdown, she mentioned that it feels safe being on her electric bike than on the tube. A quick charge of her bike every so often keeps her on the move to office and back and also uses it for leisure exploration over the weekend rather than driving. All this has been because of advancement in battery technology and the electronic parts like semiconductors and passive components.

Tracking back in time, we know that early batteries were reserved for industrial and commercial use only. This were mainly in sectors like telecommunications, used for signalling equipment, and portable lighting. Not a surprise but also in battle fields and war based activities. In the 21st century, batteries are in everything we hold dear and have become our steady companion and allow us to explore the outdoors more as we are not restricted indoor to use only mains powered devices.

The future of batteries is in quickly changing. They are becoming more robust and are being used in our daily lives to store energy especially now that the world is moving to more clean energy sources like solar and wind renewable power. 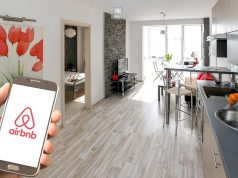 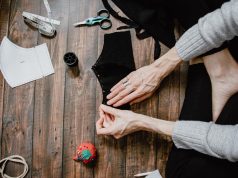 Why You Should Make the Switch to Eco-Friendly Fashion

What to Look for When Buying New Coach Bags

A Detailed Guide to Purchasing Cars from Reputed Companies

The Benefits of Wearing Vintage Clothes

Renovating your Kitchen During the Pandemic

Where to Find the Hottest Back to School Shoes in 2021

5 Ways to Avoid Getting Cancer

Wrinkle Removal: How to Turn the Clock Back on Aging

Pain Relief Tips: What to Do While Awaiting Your Doctor’s Appointment...

Top 4 Things To Keep In Mind When Deciding To Host...